We use cookies to improve your user experience. More information 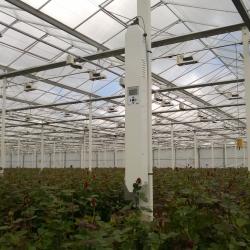 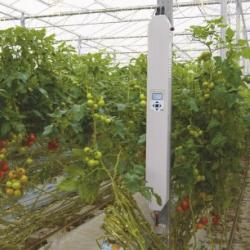 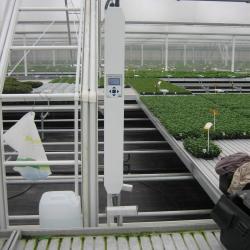 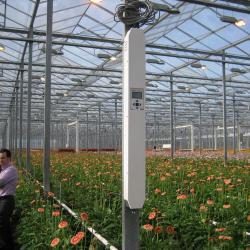 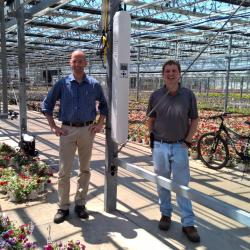 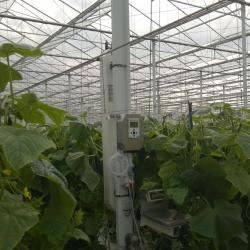 The  MACView®-Greenhouse Gas Analyser is an extreme sensitive gas measurement device for monitoring harmful gasas in greenhouses. The gas measurement device measures in ambient air NO, NO2, C2H4, CO and CO2 with a very high precision. The MACView®-Greenhouse GA displays the amount of gas in the range of ppb (Parts Per Billion). This device assist the grower to become moreconscious and gives more insight into the amount of harmful gas around crop. The allowable concentrations and time for crop are known as maximum allowed concentrations over time.

While using CO2 fertilisation in greenhouses, there is a possibility of amassment or pile up of harmful gas. The reason for this pile up is that CO2 is consumed by the crop, and harmful gas is not immediately broke down. A small amount of (harmful) gas which is present in the greenhouse for a relative short period of time, would (normally) not be detrimental for the crop. However, exposing the crop to a minimum of gas for a relative long period of time could damage the crop. This is also dependent of kind of crop, cultivar, age and improving stress conditions like light, temperature, RH etc. around the crop.

The  MACView®-Greenhouse GA measures 5 types of gases at the same time which have all known effects on crop. NO (Nitric Oxide): This type of gas is most of the time submitted by combustion processes. This processes could be: engines (cogeneration), boilers, stoves, fire, motor-vans/Cars. Crop can handle a certain amount of NO. Above that amount, NO becomes toxic for the crop. The crop the waste energy to break down the toxic..

NO2 (Nitrogen Dioxide): NO2 is often produced as a result of incomplete combustion . Crop can handle a certain amount of NO2. Above that amount, NO2 becomes also toxic for the crop.

C2H4 (Ethylene or Ethene): Like NO and NO2, Ethylene is also submitted by (incomplete) combustion processes. Ethylene is a well known plant hormone. Unlike to the previous gases, ethylene is also produced in nature. The crop is capable of producing a little amount of ethylene. In practice, these little amounts aren’t enough to make a clearly measurement. Ethylene at higher levels can cause premature senescence, flower abortion and unwanted colouring of leaves.

CO (Carbon Oxide): Normally CO isn’t that bad for plants. However where NO, NO2 and ethylene are produced during combustion processes, there’s also most of the time CO available which causes incomplete combustion. With this parameter it would be possible to detect the reason of air pollution in greenhouses.

CO2 (Carbon dioxide): In contrast to NOx, ethylene and CO, CO2 is the wanted component to fertilize the Crop. The ratio between harmful gas components and CO2 is thus important.

Connection to the Climate computer

The  MACView®-Greenhouse GA monitors gas on the level of the crop. In this way, the climate in the greenhouse can be controlled with the gathered information. It is recommended to connect the  MACView®-Greenhouse GA to a climate computer to compare for example with the CO2 dosing, running engine, opening/closing windows. This can be done in different ways. Which type of connection is the best, is to be determined in consultation. The different ways of connection are:

Growers who won’t use a connection between the  MACView® Greenhouse GA and a climate computer, can use the enclosed software. This software reads the Gas Analysers internal storage memory and plot those values into a graph or table.

As a reason of present harmful gases in greenhouses, people often blames potential polluters like cogeneration, engines and boilers. Nevertheless, because of those are well-known reasons, those systems are build with extreme care and preventive sanctions are taken. Most of the time there are unknown insidious reasons. Possible reasons of pollution are the position of the greenhouse in relation to a (high)ways, chimneys, petrol stations, mud(pits), dung hills etc. Another mindsets are the position of the air inlet, possible leaks, the use of forklifts, loading docks, terminals, the use of pulsfog etc. In principle “fresh air” coming inside by the windows could be a potential source of pollution nobody thought about.

The  MACView®-Greenhouse Gas Analyser is an instrument that needs to be calibrated 2 times a year. EMS performs this calibration itself. We can offer you a maintenance contract in which we provide all the maintenance and calibration.

The predecessor of the  MACView®-Greenhouse Gas Analyser (Bulb / Postharvest Ethylene Analyser) was tested by the WUR. (“Wageningen University & Research”). The PPO flowerbulbs department and the Agrotechnology Food Sciences Group (Postharvest) department have tested this predecessor of the Gas Analyser. These tests were carried out by a comparison with a gaschromatograph. The conclusion resulted in the fact that the precision of the tested system was better then the lowest detection level (10 ppb) of the gaschromatograph. Also the WUR was looking for a quality product which can handle measurements in the ppb range and which is suitable for agricultural industry. The MACView®-Greenhouse Gas Analyser is made for high temperature locations with a high humidity, present in greenhouses. To summarise: Be aware of harmful gases for your crop, and monitor them!